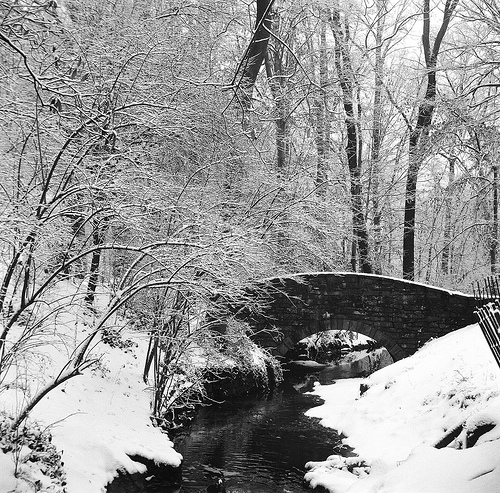 It’s normally this time of year when GM looks back to see what articles he wrote garnered the most attention. So here it goes, from 10th to 1st:

10:     Boulangerie Christophe to Open this Weekend

GM wasn’t sure what to expect with this restaurant, given its long delay in opening and its location in a bit of a no-mans-land for restaurants. But it’s good! And people seem to agree because this whole year it is buzzing with activity. Even though Georgetown has lots, and lots of pleasant cafes, there was still demand for another. Bienvenue!

9:      Capital One Buys The Old Nathans Building for a Metric Ton in Cash

The neighborhood was shocked to find out that not only was Under Armour not going to occupy the newly renovated old Nathans building, but a bank was buying it. And while it wasn’t clear right away, it sure seemed likely that the bank was going to turn it into some sort of a weird cafe/marketing platform.

GM’s seen what the future Capital One Cafe could look like and it’s….not bad? Certainly not good, in the sense of what great potential that property has. But another ok coffee shop is not the worst thing in the world.

GM reports on a lot of store closings or openings, but this one touched a nerve for some reason. The building was taken over by (but not purchased) Sagamore Development (Kevin Plank’s personal investment company) to be joined with the Nathan’s building it owned next door. Now it will be part of the Capital One Cafe building. At least it would appear so. Given that there’s only so much space needed to serve coffee and sell variable rate mortgages, Capital One might split off parts of the whole for other uses.

Like many steps this project has taken, this turned out to be a false step forward. Soon after the CFA approved one design, it was back asking for more changes, resulting in a different design getting final approval (at least as of now).

But even that was a bit of a false dawn, since soon after that the DC Historic Preservation and Review Board approved the DC Preservation League’s request to designate the building as an historic landmark. Now the decision whether to allow the building to be razed will be settled by the Mayor’s Agent. This was always really the most likely final step, and the landmarking ultimately didn’t change that much, but it certainly added a wrinkle.

5.      Under Armour Not Moving into Old Nathans Building

This was the story that came out before the news about Capital One, which left everyone a bit perplexed as to why exactly the owner of Under Armour put so much work into a primo retail space without actually moving his store into it. Ultimately he decided to take the gigantic pile of cash that Capital One offered. Sadly, this will have profoundly negative effects on Georgetown retail for a long time. The eyeballs of every building owner on M St. or Wisconsin Ave. have been replaced with gigantic dollar signs. Tenants will suffer greatly.

You can love it or hate it, but you’ve got to agree it’s anything but boring. That’s an accomplishment itself.

In response to the news that a wealthy San Francisco enclave lost its road due to a tax auction, GM wrote about a strikingly similar situation that happened here in Georgetown just a few years ago. In both cases, the attempts to snatch up the road ultimately failed.

2.      A Detailed Look at the Ambitious Proposals for the Canal

Georgetown Heritage, a non-profit started to drive the restoration of the C & O Canal, put out proposals to dramatically do just that. This was a brief walk through the more ambitious elements.

What can GM say? Pennsylvanians love their gas station food and won’t ever stop talking about it. Said gas station food is coming to the space that currently contains the Restoration Hardware.

And that’s it! Hope you had a good 2017…you know…all things considered. GM’s knocking off a little early for the holidays, so see you in 2018! May it be the last year we ring in with this embarrassment in the White House!